On July 8th and 9th I joined the Romanorum Cavalry group for their performances at Ribchester Roman Festival. The group had four skill-at-arms displays incorporating target javelins, thrusting spears, sword cutting, the Cantabrian circle and archery. Particiating actively in three of these displays gave my Iranian saddle design a taxing test, which it passed with flying colours. Narrating the third performance mounted upon one of my Roman saddles confirmed subtle but significant differences in the manner of sitting between the two forms and verified my expectation that the Iranian form is even better for acute maneouvring than the Roman type.

Go here for a brief and fuzzy snippet of video. 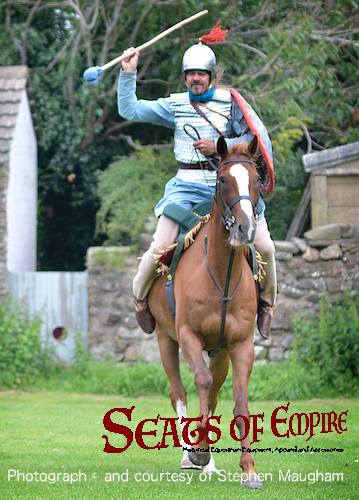 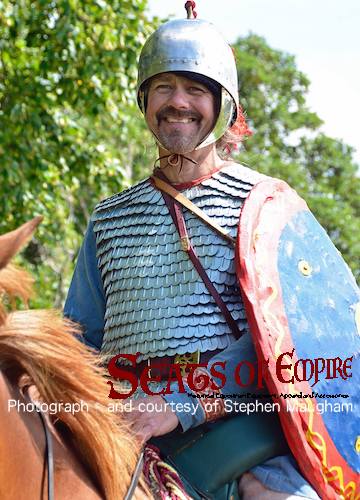 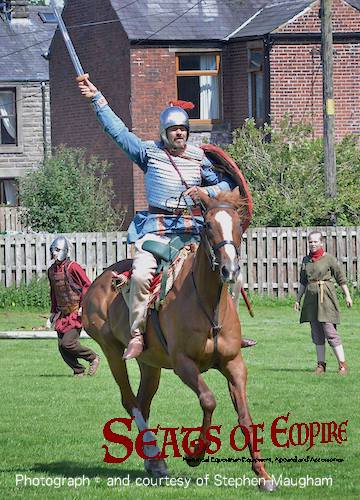 Death to the cabbage! 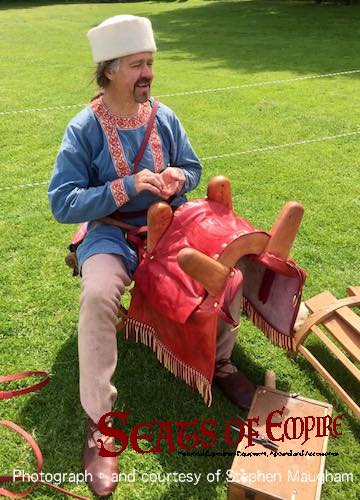 Engaging with the public between performances.