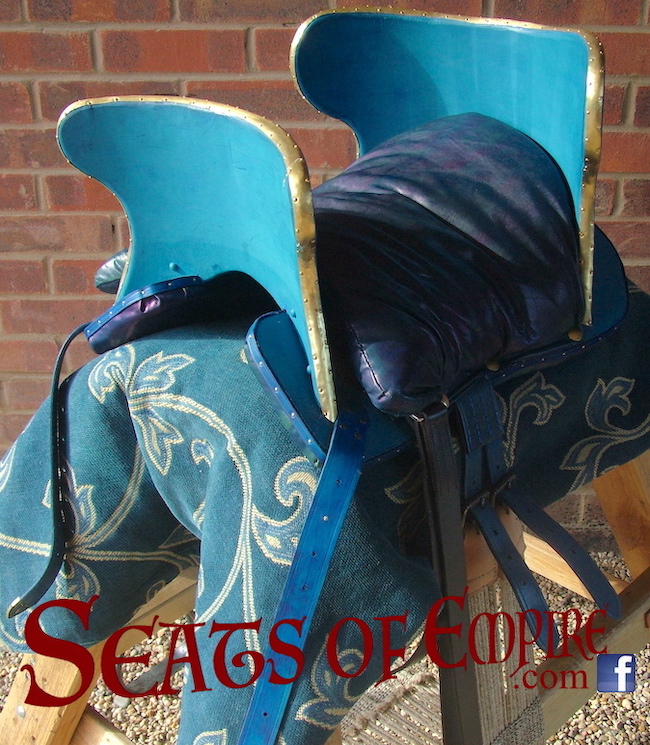 A war saddle of the twelfth to fourteenth centuries. 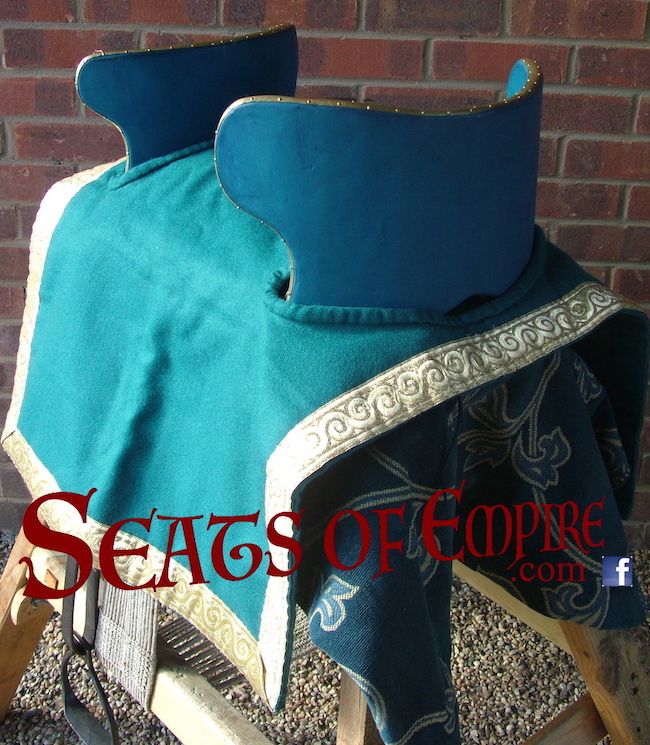 The war saddle with is ornamental cover.

This newly completed saddle (October 2021) embodies the techniques with which I have experimented in making Roman saddles over the last year. The result is that this weights only 5.4 kilogrammes (11lb 7oz without decorative cover), and has slightly flexible side bars. Unlike the two saddles below, this one also enacts a comment by the twelfth-century author Theophilus who says that saddles were not covered in leather, but painted, carved or both, an assertion that is supported by the archaeology. 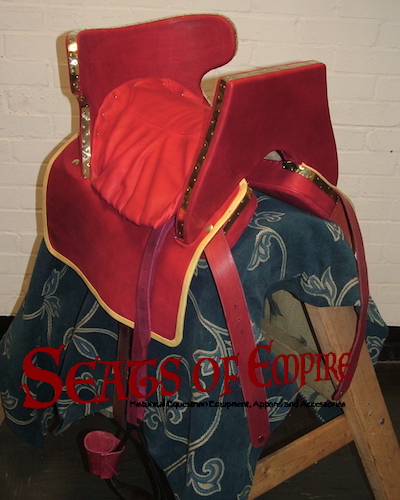 Fourtheenth-century war saddle. See the panoply page for the full set that accompanies this saddle. 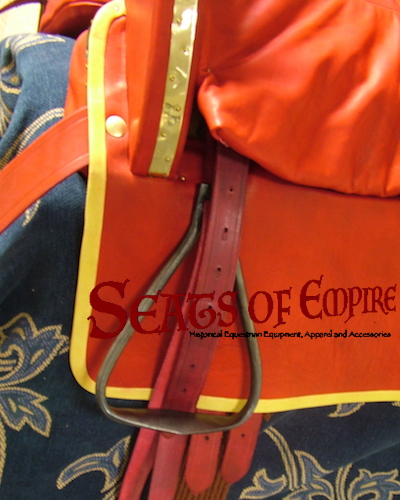 Detail of the fourtheenth-century war saddle. 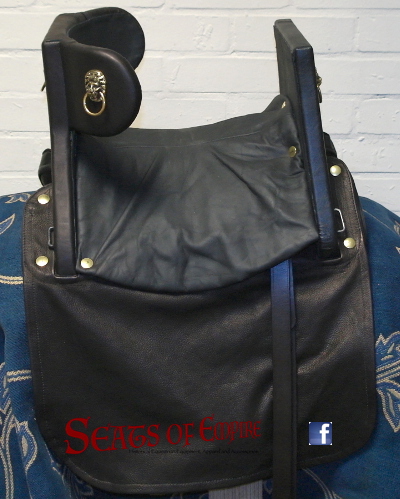 An Age of Chivalry style
based upon pictorial sources. 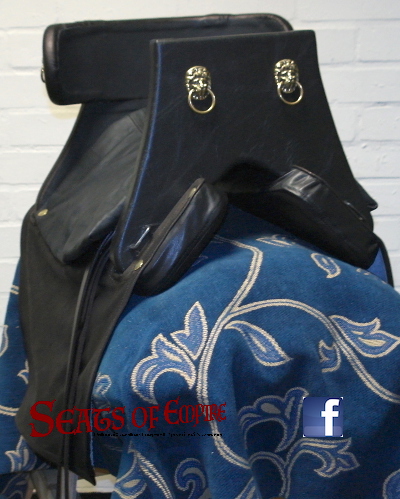 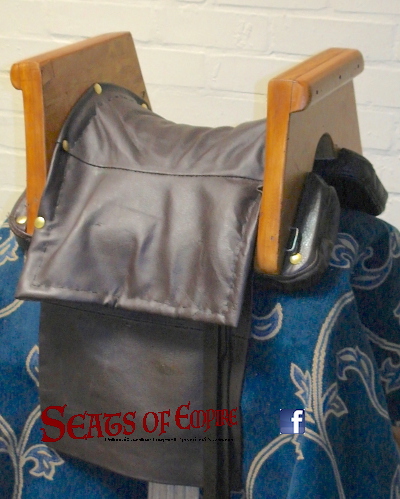 A Norman saddle based upon the Bayeaux Embroidery. Field tested at the Battle of Hastings re-enactment 2016. 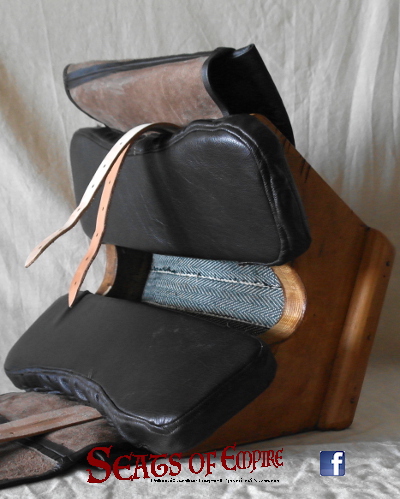 The underside of the Norman saddle.